Different from other mining hardware manufacturers in the industry, MicroBT focuses on full-custom chip design and provides Bitcoin mining hardware only. Mining experts see this as a wise decision to avoid misallocation of resources, and mining industry leaders view it as loyalty to Bitcoin.

This time, MicroBT released the deep-dive details of its fifth generation and highly efficient air cooling and hydro cooling mining hardware which are WhatsMiner M50S, M50 and M53. According to the company, WhatsMiner M50s is an ultra-low-voltage energy-efficient air-cooling Bitcoin mining hardware powered by 5nm processor from semiconductor manufacturing giant Samsung with up to 15% higher efficiency than its last generation: 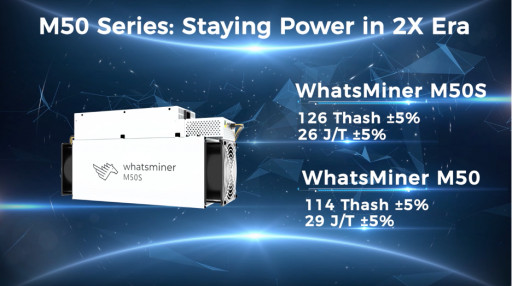 Another power-efficient air-cooling mining hardware, called WhatsMiner M50 is also fabricated in a 5nm process and became the further improved version of M30S++:

The company has introduced the next generation of hydro cooling mining hardware called WhatsMiner M53 that boasts 240 TH/s of computing power at 29 J/TH of power efficiency.

WhatsMiner brand is well known for its stable mining capability, the previously launched WhatsMiner M20 series, which was the best-selling mining hardware series in the world, had an accumulated repair rate of 2.59%, and WhatsMiner M30 series accumulated repair rate was only 1.66%. MicroBT is confident in its quality and stability and was the first manufacturer to announce the one-year warranty period in the industry. 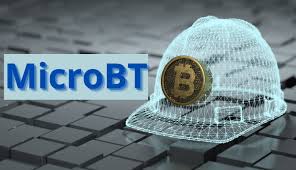 To support more customers from North America and newly emerging areas, MicroBT is capable of producing and shipping over 30,000 pieces per month from its production site located in Southeast Asia this year. According to the statements of Jianbing Chen, the COO of MicroBT, M50 series will help customers to enter into the 2X J/T mining era, and stay in power that never ends for ESG-friendly mining. Like the subject of its M30S launch last time – “enter the 3X J/TH mining Era” in 2020, MicroBT believes M50 series will also be a crafted product and replace M30 series to become a new king of the mining hardware in the next 3 or more years.

WhatsMiner M50 series has the most advanced thermal architecture ever in the WhatsMiner series to enable the system to run at higher power for a sustained time, which means MicroBT found a way of staying power. MicroBT also announced that the M50 series will be available Here: https://asicminermarket.com/product/whatsminer-m50s-126th-miner/

This site uses Akismet to reduce spam. Learn how your comment data is processed.

While this article refers to Bitcoin, the advice here can be used to acquire other types of cryptocurrency as well. There are many ways to get bitcoin. A friend can

World Wide Shipping, All Orders Will Be Tracked

ASIC Miner Market is a hardware Store for buying microprocessors, designed for purpose of mining digital currency. We provide all top brands.